Often called boot levels or boot tiers, soccer cleat tiers provide a shortcut for understanding the different levels of soccer cleats. But it can still feel like a foreign language, so we're here to help you out.

While soccer hasn’t changed much over the years—the basic principle to score more goals than the other team is the same, after all—football boot technology has changed drastically from its early days.

Today, the main soccer brands—including Adidas, Nike, and Puma—appreciate that different players want different things in their soccer footwear. A casual player may appreciate a well-made but cheaper shoe, while an elite-level soccer player is likely more willing to invest in the highest level boot on the market to help elevate their game.

Each brand releases different levels of each soccer cleat. The most expensive cleats are the ones the professional soccer players wear—players like Lionel Messi, Christian Pulisic, and others on your favorite professional football teams.

But the cleat manufacturers understand that not everyone is going to pay top dollar for their soccer footwear, so they’ve come up with different price points to make everyone happy.

Think of each silo like a car trim level.

With the silos, you’ve got your basic level, which is like the car equivalent of manual locks and windows, all the way up to the fanciest trim on the market, which includes all the safety features, an in-seat massage chair, and maybe even self-driving features.

Depending on the size of these silos there is a further separation between the tiers that vary in pricing, technical material, and overall quality.

Usually, cleat manufacturers have four to five levels. The highest tier represents the highest quality of the product, from the most technologically advanced cleat designed meticulously for professionals to the simple-built soccer shoe for casual athletes.

While each brand approaches this categorization differently, each brand follows the same formula to distinguish differences in their constructions of cleats. For example, Nike uses names such as Elite and Pro while other brands use numbers in their nomenclature.

For each of the main brands—Adidas, Nike, and Puma—we will dive deep into each tier system and share an example with the full name of each soccer cleat.

Have a boot in mind? Jump straight to the brand you’re considering:

Adidas uses no words to describe its tiers, opting instead to use numbers and symbols.

For an Adidas soccer cleat, you’ll see the name of the cleat followed by decimal numbers. In general, the lower the number, the better the shoe. Except for the plus sign, which dictates it’s the best of the best.

And for most people, the higher number means the better chance you can get it within your budget.

It’s also worth pointing out that the laceless version can be seen in almost every category, sometimes even in the lower tiers.

For our Adidas example, we’ll use the Predator Edge.

The top tier is dubbed “+“. Designed with professional and top competitive players in mind, these football boots often sell for $250 or more. They are of the highest quality, with the best technologies and highest standards. A plus sign indicates the shoe’s designer, luxury status. It’s also worth noting that Adidas’ “+” tier boots are currently all laceless cleats.

The next tier in the Adidas cleat lineup is a “.1”. This cleat is a small step away from the “+” cleat but remains extremely valuable. Most cleats in this range start around $200. The .1 tier is a great option for competitive players.

The following level is a “.2.”. Adidas .2 cleats are geared for semi-competition-oriented players who are okay stepping back in a few of the technological advances. These boots start at around $100.

The last cleat, called a “.3”, is intended to appeal to recreational players who love the sport of soccer but are more comfortable paying lower prices. Some even use a .3 model to test the latest boot before investing in a higher tier or when transitioning from another brand. Try some .3’s and see whether you like Adidas cleats or not! Prices for .3 cleats typically range from $70-$100.

You can see where this is going. The higher the number, the lesser the quality. But we’re still talking about Adidas boots here, so the quality is still excellent.

For our Nike example, let’s take a pair of Nike Mercurial Vapor 14 shoe. The 14 here signals that it’s Nike’s 14th version of the Vapor model.

Nike’s top cleats are called Elite. Unsurprisingly, these are high-tech cleats designed for players at an elite level. Nike’s Elite cleats are the high-tech cleats professional players wear. It’s the best-performing and highest quality cleats but all that technology has its price. These are the most expensive Nike boots, usually priced anywhere in the range of $235-250.

The next-generation Nike shoes are Professional, or Pro, cleats. The main difference between the Elite Tier and the Professional Tier is the materials used in the cleat construction. The other key difference is the cost – Pros are often found with much lower prices, between $120-$160.

The next tier is what Nike calls Academy. Some may find that this is the biggest drop between Nike’s tiers, but they are still a good option for semi-competitive players who enjoy a good game but aren’t sold on needing advanced technology in their boots. They offer great durability at a lower cost since they are made with synthetic materials, which make them a bit less expensive, thinner, and some say more comfortable. Bottom line: Nike Academy cleats are reliable and affordable, with prices starting at $100.

Lastly, Nike’s lowest tier is its Club option, which is only available in youth sizing. Nike’s Club cleats are a great option for more economically minded younger players who want to wear the famous Swoosh on their cleats. Constructed from a fly knit material rather than synthetic leather, these are only available in laced versions. Nike’s Club cleats are typically $35-70.

Like Adidas, Puma uses a decimal system. However, since there is not a “+” for the top tier for Puma, their top tier cleat starts at “1”. Puma football boots follow a naming system of cleat tier, decimal, and then cleat edition.

For our example, we’re using the latest Puma cleat version of the “Future Z”, which is on its third edition. The third edition is signified by the 3 that comes after the decimal.

Puma’s top-grade shoes are known as “1.” These are the highest quality Puma football boots and are designed exclusively for highly competitive players at an elite level.

The second tier of football boots for Puma—known as “2.”—are built for competitors, and still feature high-quality equipment. These second-tier cleats are high-grade, quality boots, but without the added finishing materials in the top-tier silos. They still deliver a good performance, a light weight, and excellent quality. Their prices range from $120-$130.

The “3.” cleats show a true drop in the hierarchy, similar compared to Nike or Adidas. Puma’s third-level cleats feature less expensive materials and technology, but they are also less expensive. These shoes were designed for semi competitors seeking to get a good cleat at an affordable cost. The football boots in this tier have a soft and stable upper and lack any advanced technologies or materials. Price points for this level of shoe are around $50-$80.

What about the other letters on the soccer cleats?

If you’re confused by the other letters on the shoe names – letters like FG, AG, or TF, that’s okay!

Those are terms that help you determine the best sole plate for the pitch, or field surface, you’re going to play on.

A soft ground field will require a more intense, studded configuration of spikes on the sole plate for increased traction, while indoor courts dictate minimal nubs.

FG means the boot is for firm ground, aka natural grass fields. TF tells you that it’s a football boot for artificial turf fields.  IT will tell you you’re looking at indoor shoes, used for playing on indoor courts.

You can read more about football boot selection at our Soccer Cleats 101 Guide.

Most players will find themselves needing to purchase several pairs of football boots, each of which will be worn for different reasons.

And of course, always read product descriptions for any questions or concerns as you research your new football boots.

Check out the other articles in our Beginner’s Guide to Soccer series: 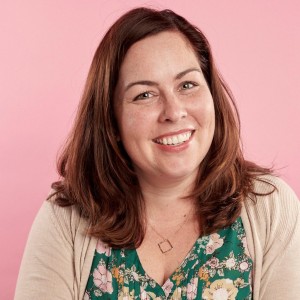 Although she quit playing soccer in second grade, Jess has been an avid soccer spectator over the years. She's lucky enough to have seen Messi score a goal at the World Cup, cheered on her husband as he scored a hat trick, and watched her daughter score 8 goals during a recent Mighty Mites game. She's now a proud soccer mom and fully embraces her role as team mom.

The Best Soccer Cleats for Narrow Feet: We Reviewed 6 of the Best

The 7 Best Laceless Soccer Cleats You Can Get Right Now

Beginner’s Guide to Soccer: Are Soccer Running Shoes a Thing?

As an Amazon Associate, I earn from qualifying purchases.

Keep in mind that we may receive commissions when you click our links and make purchases. However, this does not impact our reviews and comparisons. We try our best to keep things fair and balanced, in order to help you make the best choice for you.